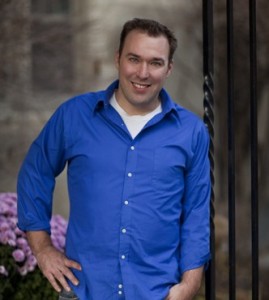 Montreal Artist, Kevin Jenné, was born and grew up in Canada in the Quebec Eastern Townships region. He was trained, encouraged and inspired at a young age by a variety of artistic mentors. He apprenticed under Canadian impressionist painter David Drum. Jenné’s earliest works depicted subjects inspired by Montreal’s architectural motifs, painted in intense colours. Avoiding a linear style, Jenné favors deep contrasting hues that add vibrancy to the scenes. This style was followed by paintings reminiscent of stained glass windows, a technique he called “intrinsic illumination”.  Jenné has created works in which light seems to emanate from within the canvas.

After a trip to France, where he studied the works of the great masters in the many museums of Paris, he was inspired with a new sense of artistic direction. Jenné then harnessed his high creative energy and between the autumns of 1997 and 2002, he had four solo shows and several group exhibitions in Montreal. 2003-2005 his art work started to branch out across North America. He had a very successful show in New York at the Gallery “Le Sans Souci” which led to a television interview on “The New Yorker”. These successes were followed by an easy sale at Waddington’s in Toronto, and an entry in the Canadian Art Index. Jenné has been represented by several galleries and has completed major commissions for collectors in New York, Los Angeles, Houston, West Palm and Bordeaux, France. By means of his art, Jenné has also been highly active in many charities, which has contributed to raising funds for important community organizations.

A huge appeal to his work lies in his impressionistic style and the variety of his subject matters. His inspirations are derived from his many expeditions (France, Hong Kong, Singapore…) The core of this work is based on his love of his adopted city Montreal where he presently works and lives, with its European inspired architecture and also its vast artistic elements (Cirque du Soleil, Montreal Jazz Festival, and many Dance companies). It’s a city with an infectious “joie de vivre”, with a tapestry of cultures all living together – enjoying life, food and wine – “colours of life”. In Jenné’s paintings the figures are essential; they interact telling stories through their body language, becoming symbols representing his life. The figures are painted without facial features creating the illusion of ambiguity and timelessness. His paintings are infused with an inner glow and luminosity that gives each piece a life of its own. He uses intense colours to elicit an emotional response and stir passion in those who view his work.